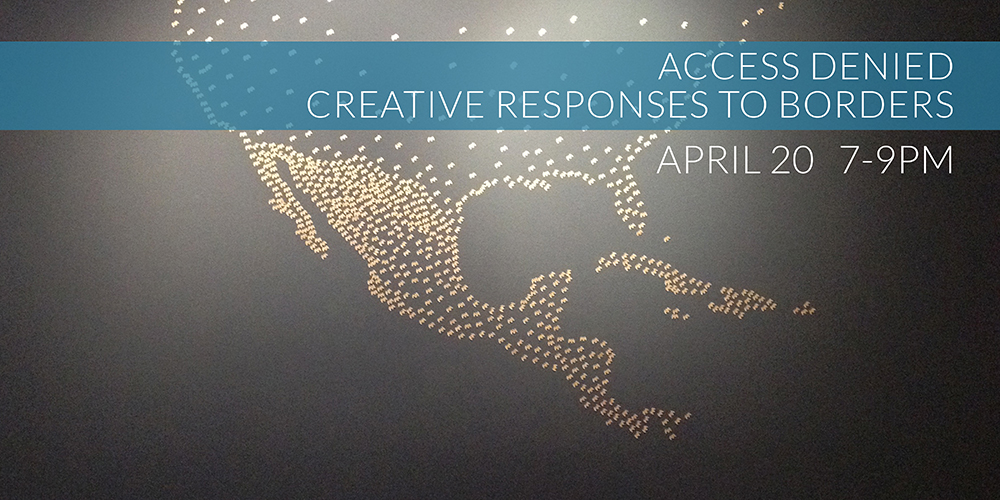 In response to the United States government denying visas to several of our selected Salvadoran artists, SFAI is investigating what it means for Central Americans to have access to the U.S., or not. Join us for an interactive evening with a captivating lineup of international artists from El Salvador, Mexico, the United States, Canada and beyond.

At a time when violence rates in El Salvador – and neighboring Honduras, Guatemala, and Mexico – are at astonishing levels, citizens from these countries are increasingly being denied access as they flee their home countries in search of safety. Salvadorans like Mauricio Esquivel, a promising emerging Salvadoran artist, confront living in the place with the highest homicide rate for any country in nearly 20 years, hitting 24 murders a day in February, 2016.

We are bringing together artists, filmmakers, activists, journalists, and cultural producers to explore what it means to have your access to the United States, and access to physical safety, denied. Join us for Access Denied: Creative Responses to Borders.