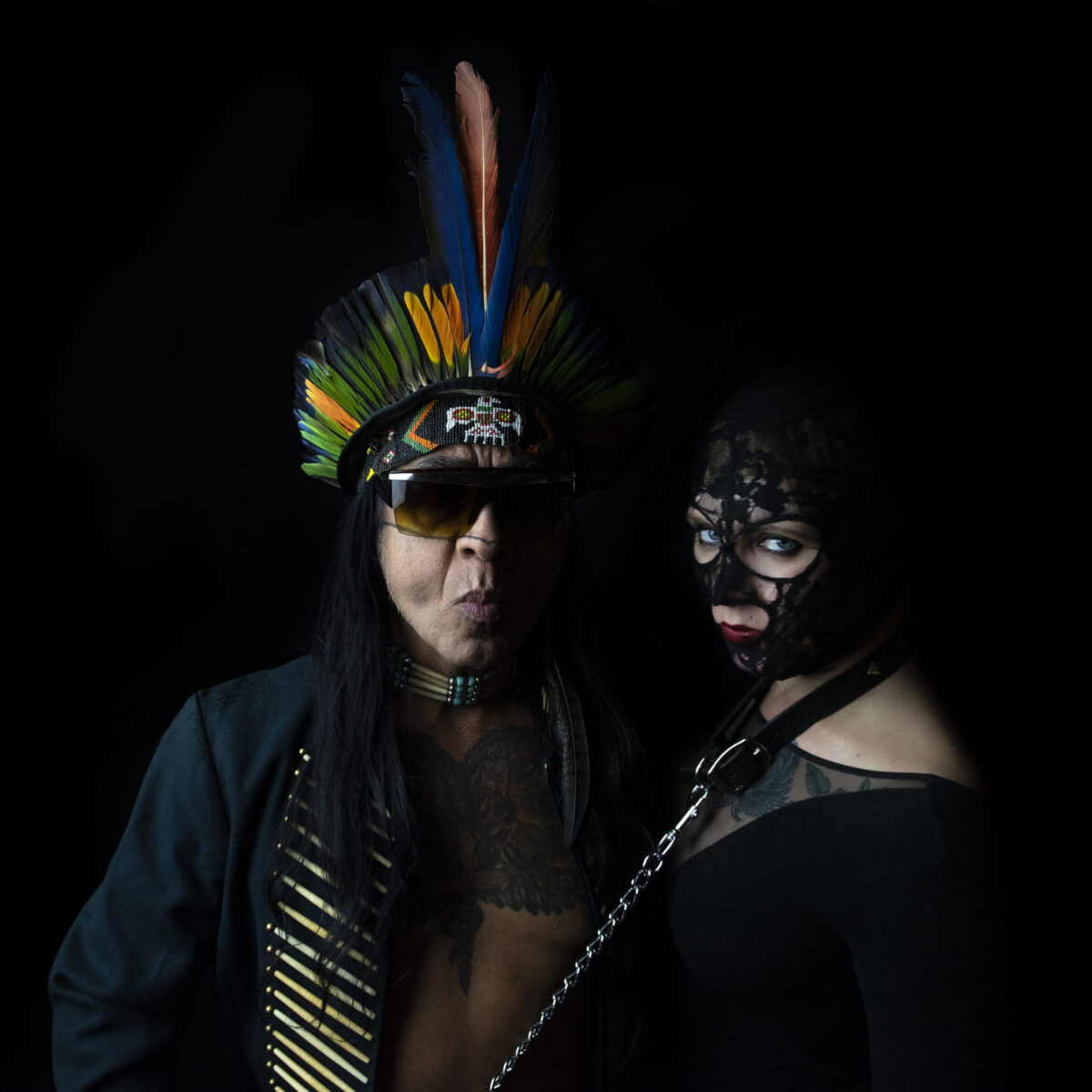 For this special podcast episode SFAI invites La Pocha Nostra’s Guillermo Gómez-Peña and Balitronica to offer a sampling of their process of virtual reinvention by sharing with us some poetic, political and philosophical reflections of our times. What does it mean to be an American artist during lockdown? Where is the border between despair and hope? What is radical democracy and how can we all participate in it?

Tune in for our next monthly podcast— sign up for our newsletter or follow us on Podbean by clicking below.

This project is supported in part by New Mexico Arts, a division of the Department of Cultural Affairs, and by the National Endowment for the Arts.

As SFAI navigates these uncertain times, we face new fiscal challenges. We are seeking support for this programming and ongoing operational costs — a portion of these donations will go to participating artists.

Born in Mexico City, he moved to the US in 1978, and since 1995, his two homes have been San Francisco and Mexico City.

His performance work and 21 books have contributed to the debates on cultural, generational, and gender diversity, border culture and North-South relations.

His art work has been presented at over one thousand venues across the US, Canada, Latin America, Europe, Russia, South Africa and Australia. A MacArthur Fellow, USA Artists Fellow, and a Bessie, Guggenheim, and American Book Award winner, he is a regular contributor to newspapers and magazines in the US, Mexico, and Europe and a contributing editor to The Drama Review (NYU-MIT), the Performance Art Week Journal of the Venice Biennale, and emisférica, the publication of the Hemispheric Institute of Performance and Politics (NYU).

Gómez-Peña is currently a Patron for the London-based Live Art Development Agency, and a Senior Fellow in the Hemispheric Institute of Performance and Politics.

As of 2020, Gómez-Peña is working with his troupe on multiple reenactments of his “living archives” project, publishing two anthologies, a new enhanced Pocha Pedagogy book (with La Saula) and creating a border opera titled “WE ARE ALL ALIENS” (featuring classical concert pianists and Mariachis) and producing a documentary portrait of his beloved troupe in collaboration with filmmaker Amber Bemak.

Balitronica is a cyber-feminist poet, performance artist, and radical pedagogue. Born and raised on the border of San Diego/Tijuana, she holds a BA in Literature from San Diego State University and an MFA in Poetry from Mills College. Her performance work has been largely influenced by her time spent living in a 17th Century Catholic Convent in Paris with a Dominican Order of Nuns. She has been touring internationally with Gómez-Peña since 2013 and currently resides between San Francisco, Mexico City and the road. Track her current projects online here.