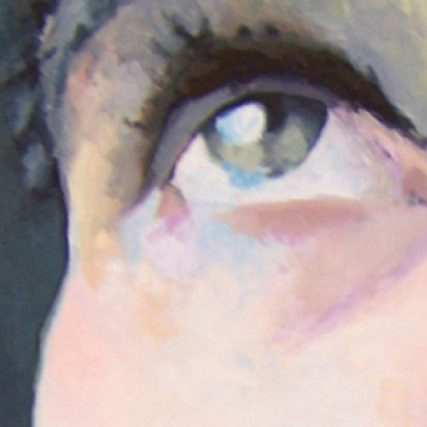 Process is an intimate monthly gathering that features a presentation by a SFAI Resident and a conversation about their work and process.

September’s Process will feature Wes Holloway, a 2019 Creative Access Fellow. Wes’ sincere devotion to drawing and painting is paralleled only by an interest in science, biology, and philosophy. However, in 2003, after one year of undergraduate work at The University of Texas at Austin, Wes broke his C5-C6 vertebrae in a diving accident, suffered a spinal cord injury and thus became paralyzed from the chest down. After it became apparent he would not regain use of his legs, abdomen or hands, Wes decided he was going to spend the rest of my life intensely engaged with his first passion, Art. In 2008, he completed both a BA and BFA in studio art. Currently, alongside his own studio practice, Wes teaches underserved groups in the Houston Area in hopes to use art as an expressive healing tool.